"If you learn one thing from me, it's that the secret of a successful fitness program is consistency." 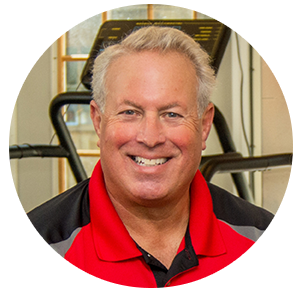 Hank Drought, is one of the early founding fathers of Personal Training as a profession and has over 40 years of experience as a Personal Trainer and Strength & Conditioning & Speed Consultant in the U.S. and Europe. He specializes in training for health benefits and improved athletic performance.

He was awarded Personal Trainer of the Year by the National Strength & Conditioning Association (NSCA), was selected one of the “100 Best Trainers in America” by Men’s Journal magazine, and was voted “Best of New Haven” for Personal Training in the CTNOW Readers’ Poll.

Clients have included: The State of Massachusetts, City of Boston, major corporations, health clubs, professional and amateur athletes, models, actors, and general public exercisers of all ages and levels.

Mr. Drought has been a member of the Board of Directors for the National Strength & Conditioning Association, and is a former member of the Lake Placid Olympic Organizing Committee for the XIII Winter Olympic Games. He is an internationally recognized speaker and writer on training topics, and he is frequently interviewed in national magazines and on television.

Drought holds an MS in Clinical Exercise Physiology from Northeastern University in Boston, and a BS in Physical Education from Rutgers University and the United States Military Academy at West Point. He has earned professional certifications from the National Strength & Conditioning Association, American College of Sports Medicine, American Council on Exercise, and USA Weightlifting.